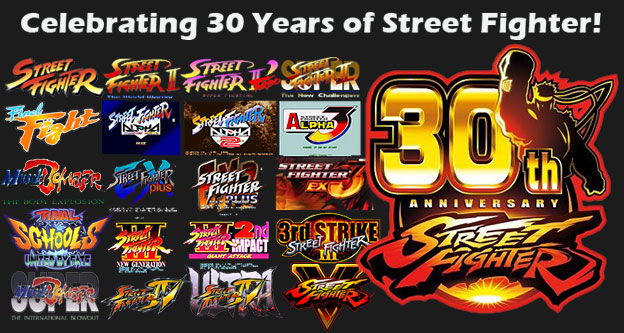 The Street Fighter universe is filled with dozens of amazing characters, most of which are very popular for a number of reasons. Think about your favorite character and then think about the international presence of the game. Your favorite character is probably a favorite character for a kid living in a tiny Latin American country. Or a university student programming his first game in Singapore. Or your favorite might be the same as a professional soccer player living in the UK. You are fave-ing a character that is followed by millions of real world people. How crazy is that? The series has made it to 30 years, with no sign of slowing, because of this international appeal. At the core of the game is a library of memorable heroes and villains. In the history of the game there has never been a fighter more destined to become a superstar than Allen Snider. At least in his mind there is nobody more deserving of being called a star. I hope once you get a chance to understand the character you'll also agree. Allen is one of the fighters that I am genuinely happy to see return in Fighting EX Layer. It's been too long since we last saw the legend in action. 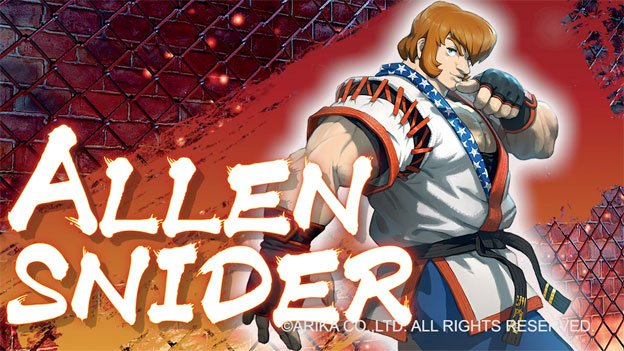 Allen Snider and Kairi debuted in Street Fighter EX back in 1996. They were an attempt by the developers at ARIKA, who happened to work on Street Fighter II, to recreate the Ken and Ryu archetypes. Ken and Ryu had subtle differences in the Street Fighter series. Their uniforms and moves were practically mirrored. ARIKA wanted their versions to be much more obvious. The costumes, moves and special attacks had a greater variety when comparing Snider to Kairi. In a nutshell Allen was the new American legend, the new Ken. He was a self-absorbed karate champion that fancied himself a star in the making. The team at ARIKA based his design cues from movie legends Bruce Lee and Chuck Norris. His mannerisms, face, hair and even game endings were pulled from martial arts cinema. His tacky red, white and blue costume was decidedly non-traditional and based on real world fighters like Bill Wallace and Joe Lewis. Snider was like a cartoon version of some genuine heavy-hitters. 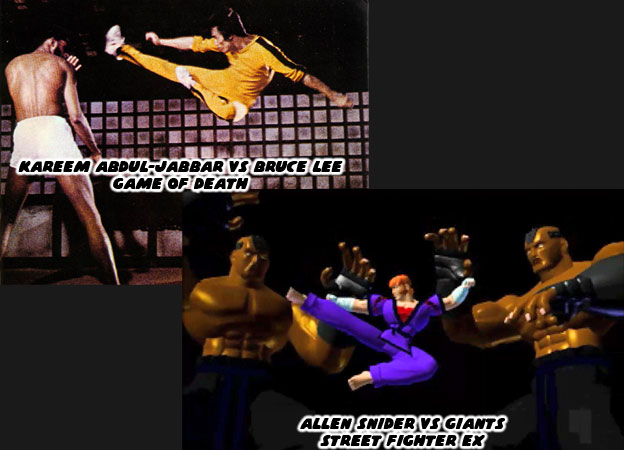 Allen, just like the other characters that we are celebrating this month, has a lot of real world influence. But set those influences aside and you still have a character that is fun to play as. Snider's flair for the dramatic, his poses in between strikes and loud yells are all very over-the-top and ensure that he will never be mistaken for just another Ken. His moves in fact are not a mirror of Ken or Ryu but something that tries to counter them. His "Justice Fist" can punch right through a fireball, his "Vaulting Kick" is a rising answer to the hurricane kick. He makes you wonder how different the series would have been if Capcom put more effort in making its karate characters more unique. I am happy to bring Allen up for this series and look forward to seeing more of him in the future. What are your thoughts on the character? As always if you enjoyed this blog and would like to sponsor me please visit my Patreon page and consider donating each month, even as little as $1 would help make better blogs and even podcasts!