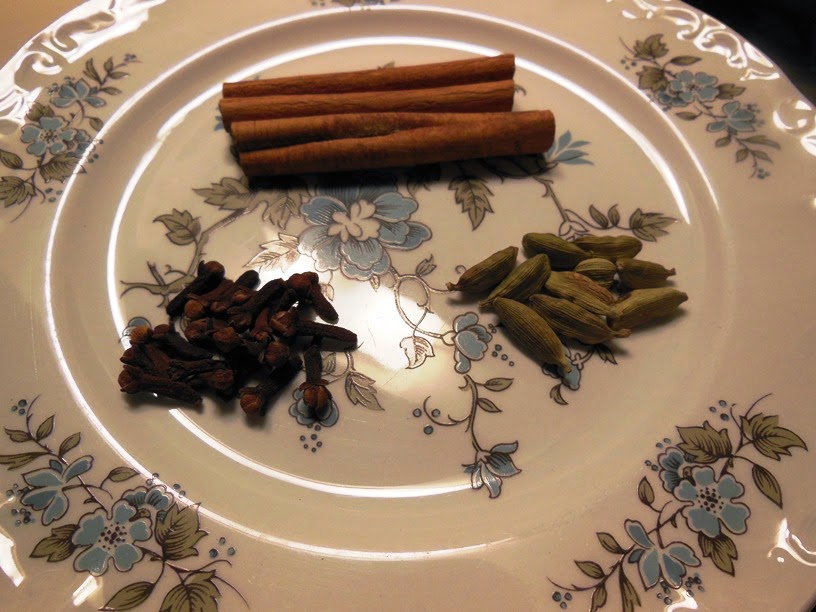 Bengali Garam Masala
Clockwise from top:
Cinnamon Sticks
Cardamom Pods
ClovesGaram Masala is a mixture of ground spices that is a common ingredient in Indian cooking. The bottled or canned variety, such as McCormick's brand, that is available in most North American markets is a blend of several ingredients. This mixture of spices is used to add warmth and flavour to meat, poultry, seafood and other Indian dishes. In India, the mixture of spices in garam masala varies from state to state and from household to household. 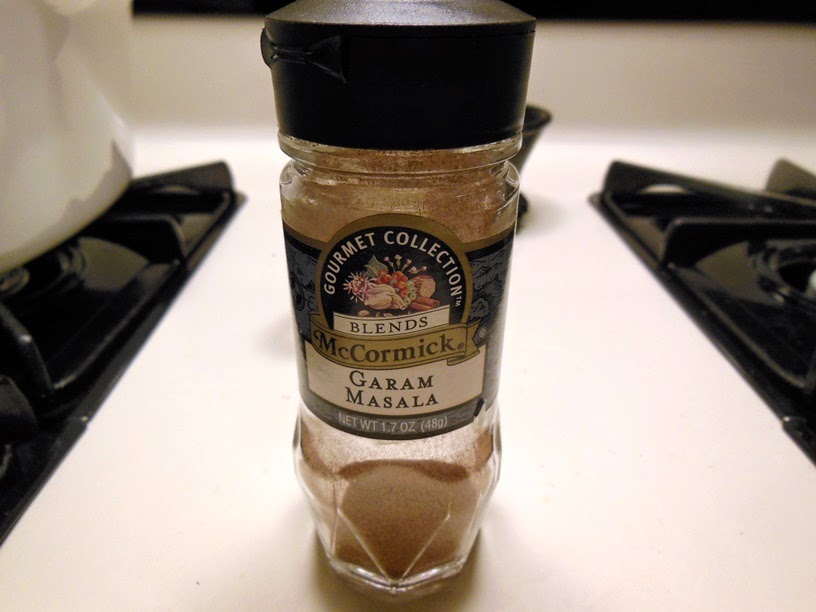 McCormick's Garam MasalaIn most Bengali households, garam masala comprises only three ingredients. These are cinnamon sticks, green cardamom pods and cloves.
I use these three spices in their whole form in the first step of cooking called tempering which simply means to stir-fry them in hot oil before adding the rest of the ingredients. Towards the end of cooking a dish, I add my home-made blend of the ground spices, as a garnish, to add an extra depth of flavour. 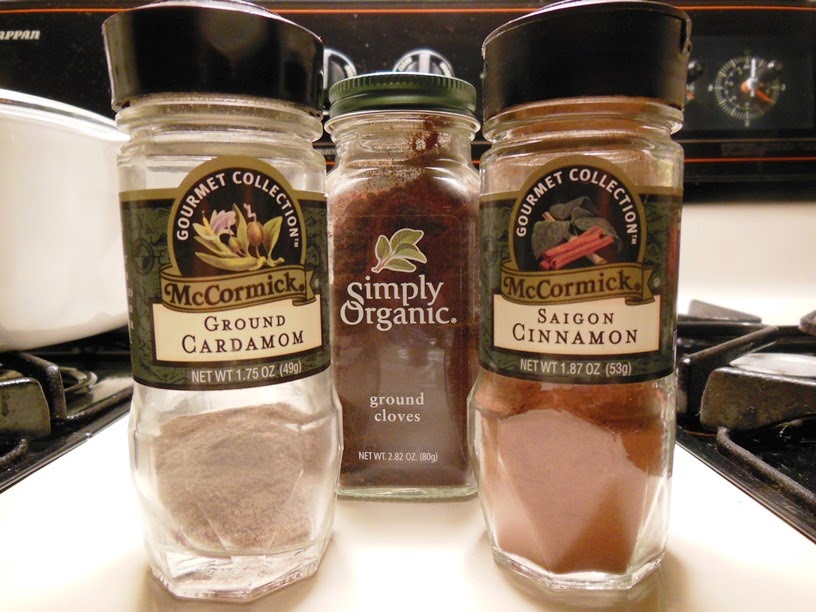 Store-Bought Ground SpicesTo be quite honest, when time is of the essence, I have resorted to simply combining store-bought ground spices in the following proportions:

2 tsp. cinnamon powder1 tsp. cardamom powder1/2 tsp. clove powder
I use no more than 1/4 to 1/2 a teaspoon to garnish any one dish and store the rest in an airtight bottle.
When I grind my own blend at home, I use
2 cinnamon sticks1 tsp. whole cardamom pods1/2 tsp. cloves
The whole spices are toasted in a dry skillet for about 3 minutes until aromatic, cooled and then blitzed in a coffee grinder. Stored in an airtight container in the spice cabinet, garam masala should last close to 6 months.

Instructions for cleaning the coffee grinder after using it for spices, has been provided at the end of a previous post.