Spring is "Festival Season" in Louisiana.  The Holidays are done.  Mardi Gras is over.  The temperatures and humidity levels are still bearable.  People have the time and motivation to get out and enjoy festival music and food.

Like one of my favorite festival foods: Shrimp & Grits. 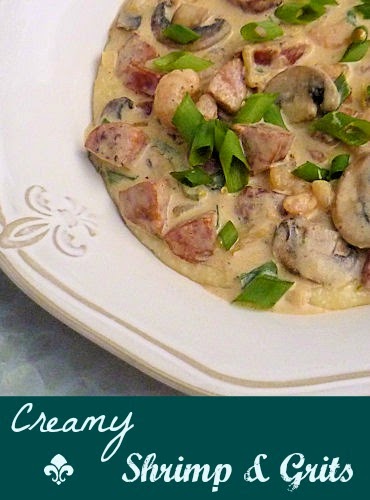 Of course, Fall is also considered "Festival Season" and we have festivals year round.  When you have a festival for everything under the sun, it's hard to pack everything into just the Spring months. 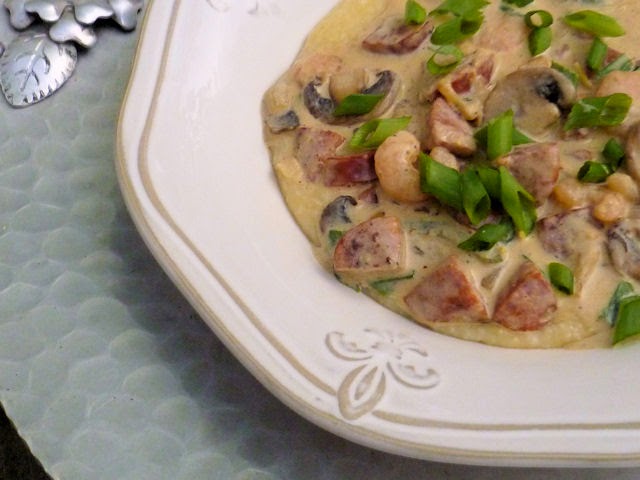 We don't go to every festival out there, but we try to make a few every year.  Apparently, we've been doing it for a long time. 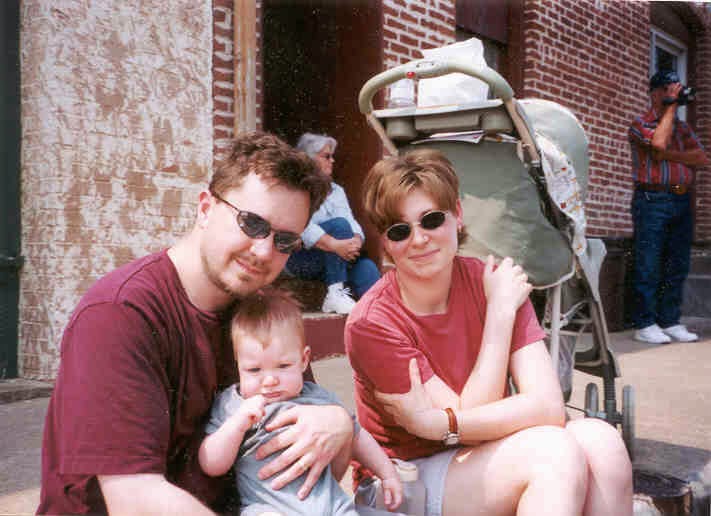 But I'm always drawn to Shrimp & Grits.  There are many variations--I like trying them all.

Next week, I'll have a Creole version for you.  Today, it's one of my biggest weaknesses: a creamy sauce. 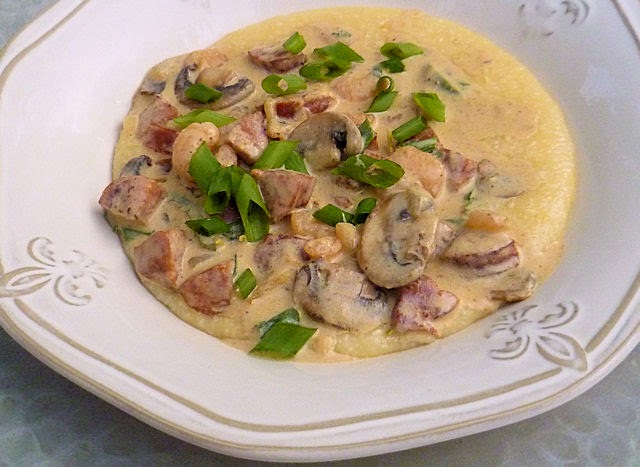 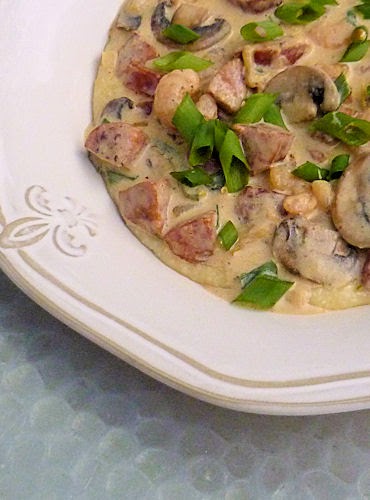 I could eat grits every day.  The Boy not so much.  If you don't eat grits (and, really, what's wrong with you?), this is also good over pasta.

Add olive oil to a large skillet set on medium high heat.  When the pan and oil are very hot, add the mushrooms and sear until well browned and the mushrooms no longer give off liquid.  Remove from the pan.

Lower the heat to medium and add the andouille.    Saute until the sausage begins to brown in spots, about 5-7 minutes. Then add the onion and bell pepper.  Saute until the vegetables have softened, about 10 minutes.  Add the mushrooms back to the pan along with the garlic.  Cook for about 1 minute.  Sprinkle in the flour and add the shrimp to the pan.  Season to taste with salt, black pepper, and cayenne.  Cook, stirring, for about 6-8 minutes until the shrimp are no longer pink.

Slowly pour in the half and half, stirring to incorporate.  Add half of the green onions.  Simmer for about 10 minutes to thicken.  (Make the grits while the sauce simmers).  Serve over grits and top with the remaining green onions.  Serves 4.

Add a splash of olive oil to a saucepan.  Briefly saute the garlic until fragrant.  Add the chicken broth and season to taste with salt and pepper (grits need a fair amount of salt).  Bring to a boil and whisk in the grits.  Simmer until grits are tender.  Remove from heat and stir in the cheese.