Women had been a part of the Ridge Racer universe since its inception in 1993. In a previous blog I had mentioned that the Wangan Midnight manga series from the '80s had influenced the development of Ridge Racer. Wangan translated to Bayshore, the site of the longest, straightest road in the Japanese toll road expressway system. Bayshore was also a location featured prominently in Tekken as the site of the G Corporation headquarters. Akio Asakura and his Devil Z car from Wangan Midnight inspired the Devil 13 in Ridge Racer. The lead female in the series and rival driver, Reina Akikawa, was actually a model and TV personality. She had a hidden passion for street racing and drove a souped-up Nissan Skyline GT-R despite the objections of her manager. She was sociable and had lots of acquaintances but real boyfriend. She was an unattainable idol to her fans. Undoubtedly she was the basis for Rena Hayami in R: Racing Evolution as well as the other women that would be associated with the Ridge Racer series. 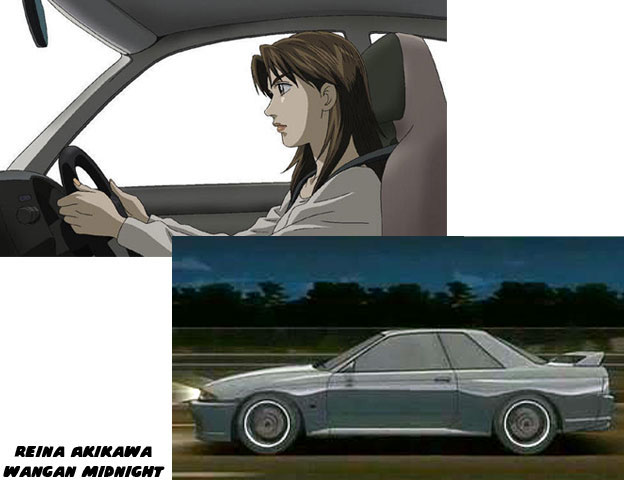 Reina dressed moderately and was never show with any overtly sexual overtones. The women in the Namco games, especially Soul Calibur were not as conservative. Before R: Racing Evolution Namco had actually tried to create a racing personality that players could associate with the Ridge Racer series. In Ridge Racer V that person was named Ai Fukami. The model and "race queen" looked closest in concept to Reina. Ai could be seen in the opening cinema of Ridge Racer V walking down the middle of the Harbor Line 765 raceway flirting with danger as two race cars flew by her at top speed. Ai was a dead ringer for Reina. Both had long legs, sported boots and even the same haircut. The only difference was that one was always a two-dimensional character and the other was a CGI model. Well, also that Ai had a tiny mole on her chin. The "imperfection" gave her tremendous personality, not unlike the beauty mark on model Cindy Crawford. 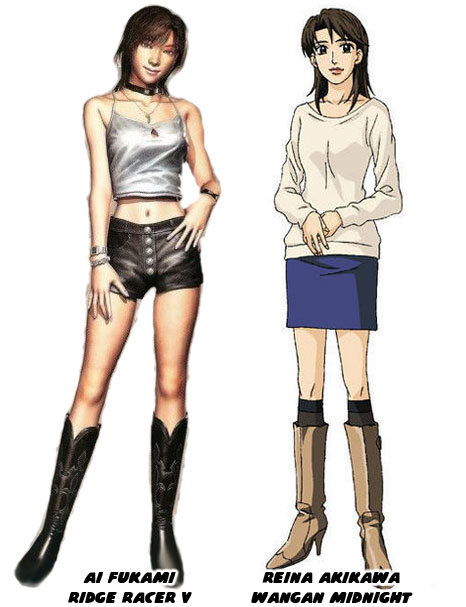 Ai appeared on promotional material for Ridge Racer V as well as on the box cover itself. Namco wanted to make their racing series even more appealing to their male demographic by playing up the sex appeal of fast cars and hot women. Other games by Namco already had memorable female characters but Ridge Racer was a rare hit that did not feature any human leads. There were no drivers to play as or avatars to identity with. With the introduction of the Playstation 2 and the realization that their audience was becoming older and more mature Namco decided to begin marketing their sport titles with virtual idols. Ai was the one that would welcome fans into Ridge City. There was something sexy about her presentation without going into the realm of pandering like Gina Cavalli. Ai was designed to be featured on other projects if audiences responded favorably to her.

Namco had actually been working on multiple sports titles before the release of Ridge Racer V. The publisher wanted to have a character that they could use to advertise all of the other sports games so they developed a additional virtual idol to cover those titles. Hitomi Yoshino would be the proxy featured in the Moto GP motorcycle racing games, World Court tennis games and World Stadium baseball games. Her costume consisted of a bright top and short dress with the logo of a particular sport. She might carry a baseball bat or tennis racket depending on the promotion that Namco was running with her. Hitomi had even appeared in some promotional videos for the E3 and Tokyo Game show advertising the Ridge Racer series when Ai was absent. 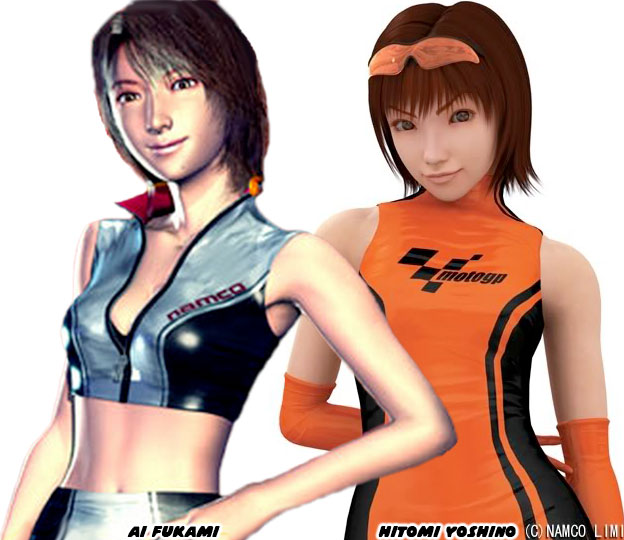 The creation and use of virtual idols was almost exclusively a Namco trademark. No other studio, especially perennial rival Sega had ever considering developing characters for the sole purpose of advertising. The stars of most games were usually enough to win over audiences but what if there were no human characters in the title? Racing games had always advertised themselves with graphics of fast cars on the arcade cabinets as well as on the console box art. Namco tried a different approach. They developed a team of idols to make their arcade and console games stand out. It was not a cheap decision by any stretch of the imagination. Even when companies like Namco were doing well financially there were still questions on budget and turnaround. Spending extra time developing a CGI model and creating a cinema for a character that was not even in the game seemed superfluous. Yet the studio committed to having a model become the representative for the series.

Long time gamers could tell you that neither Ai, Hitomi or even Rena would ever become synonymous with the Ridge Racer series. There was a short-haired model that won the hearts of fans years earlier. Reiko Nagase (the first virtual idol inspired by Reina Akikawa) had been a part of the series since the very first game. She was even given top billing in the opening cinema of Ridge Racer Type 4. Reiko had been associated with the arcade games before Namco lost the original Ridge Racer team. She was also associated with the early Playstation console releases. Namco wanted to develop a new idol once they made the transition to the Playstation 2. It turned out to be a mistake. The muse of the series had always been Reiko, the studio didn't realize it them. 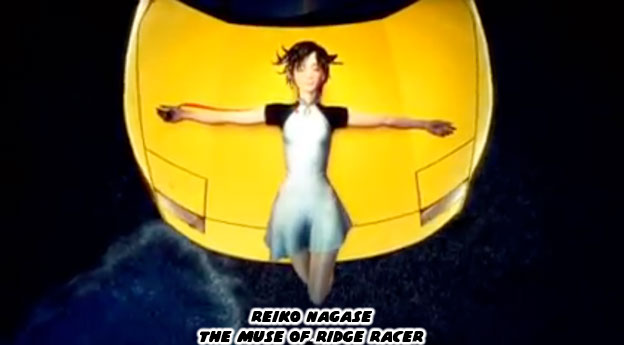 When she returned to the series in 2004, a year after R: Raving Evolution had failed to capture the hearts (and wallets) of gamers the studio went back to what worked. There was no mistake that Reiko was posed on the hood of her sports car like the Kamata Angel 0 icon in the Ridge Racers (for the Playstation PSP) opening cinema. She did seem to have an etherial quality about her. That version of the game would actually become a meme when Sony President and CEO Kaz Hirai over-enthusiastically delivered the line it's Riiiidge Racer to a crowd of not-impressed attendees at the Sony E3 press conference. Reiko did not appear full developed from the mind of the art team. She had to change and evolve with the times just as the series did. There was a learning curve with the Namco designers as to her character development. They had to figure out how to best incorporate her into the games and give her a memorable personality. The next blog will look at the origins of the character. I hope to see you back for that. If you would like to sponsor me please visit my Patreon page and consider donating each month, even as little as $1 would help make better blogs and even podcasts!