The Ridge Racer universe reflects the tastes of the various car fans from around the world. The developers at Namco have invented hundreds of fictional cars over the past 20 years. They represented every aspect of racing culture. From small passenger cars to full-blown race cars and everything in between there was a car for every taste. Perhaps the longest standing rivalry has been between the fictional US and European manufacturers. In the real world cars from Europe had been considered the superior performance vehicles over most of the 20th century. The Germans, Italians and British all had a long and distinguished history with early road races. Their elite super cars were supposed to be the envy of the world. 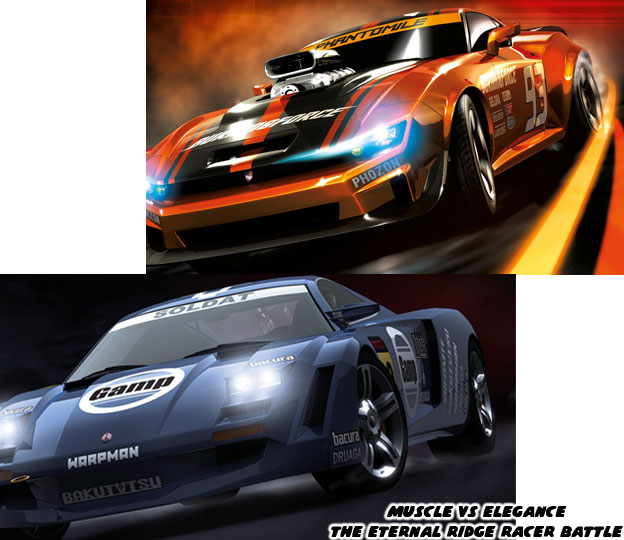 That thinking changed when Ford, Pontiac and Dodge began to shoehorn powerful motors into mid-sized cars. Designers like John DeLorean and Carroll Shelby countered the conventional wisdom that the US was only interested in massive cars for the family. It turned out that there was a market for sports cars just waiting to be tapped. The US had its own engineers, engine builders and designers ready to help develop their own super cars. Some of which could hold their own against the best from across the Atlantic. These "muscle cars" could be had at a fraction of what the exotics cost, making them very appealing to consumers. Some classic car fans denounced the US as producing crude and unrefined brutes. Critics would argue that the muscle cars reflected everything that was wrong with America. They handled roughly, accelerated uncontrollably and bullied other cars off of the street. The brightly colored machines were simply too flamboyant for their own good. As the great Muhammad Ali once said "it ain't bragging if you can back it up." The US would never apologize for the powerful cars that could blow the doors off of the imports.

Namco celebrated western bravado in the 1992 arcade game Lucky & Wild. It was one of the very few games to combine driving with light gun mechanics. In the game two undercover cops drove all over the state chasing down criminals and causing millions of dollars in collateral damage with their muscle car. Japan had synthesized an experience out of the buddy cop movies and television shows like Starsky and Hutch, Lethal Weapon, Miami Vice and Tango & Cash. Lucky & Wild was much more cartoonish and over-the-top than the chase sequences captured in Ridge Racer Unbounded. Players could race through a freeway, the inside of a mall and even through a burning casino all while pursuing a target. It was the best chase elements in Terminator 2 and the hijinks from the Blues Brothers mixed together. 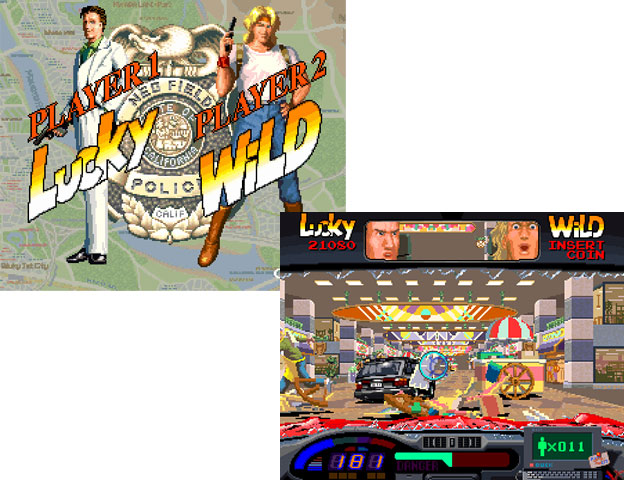 Lucky and Wild was symbolic of American entertainment. It was big, loud and garish. Essentially the game predicted the best parts of the Michael Bay and Jerry Bruckheimer films. As such the studio decided to reuse the title when introducing a muscle car line into the Ridge Racer series. The original name for the manufacturer was actually Lizard. Its most revolutionary cars were featured in Ridge Racer Type 4. At that point the cars were a mix of the most extravagant western designs. They were reminiscent of the exotics produced by Panoz and Vector, as well as the Cadillac endurance race cars.

What the manufacture needed however was a more unique identity. Other companies like Assoluto and Bisonte already had lean, angular racers. The Lizard cars were just too reminiscent of the European prototype class cars. They had to be refined so that they reflected western tastes more accurately. Bulky American cars were already represented by Danver so a change was in order. It started with the name but was reflected in the rides. 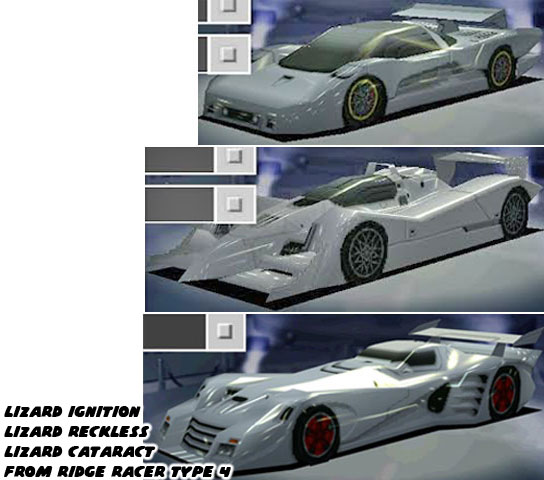 According to Namco canon the Lucky & Wild Motors company was established in 1993. Their most prominent muscle car was the Evolver. It became like the Ford Mustang for the series. The third-generation Evolver was featured on the cover of Ridge Racer 3D. Reiko Nagase was presented behind the wheel rather than standing trackside. The studio was very much willing to play up the cool factor behind the car and pander to western tastes. The Ridge Racer team had a goal of "recreating the good, old America with newest technology" and dubbed the Evolver as the "New Age Muscle Car." A super-charged pushrod V8 engine stuck out of the hood. It was an updated look of an old-school hot rod that made the car more menacing than any regular car.

The Evolver had an equally outlandish sister dubbed the Wisdom. This car also featured cutting-edge technology wrapped in a retro-inspired package. This car was the Corvette equivalent for the fictional manufacturer. The Wisdom had the styling cues of the classic American sports car from the '60s and '70s. The flared fenders, raised hood, tall tail, bright colors and tapering rear window were right from the golden era of muscle cars. At the same time the stance and angles used for the car were much lower and sharper than they would have been during the classic era. This was clearly a car designed by modern developers for modern racing needs. It would become the envy of people that thought Ferrari had cornered the market on wicked design. 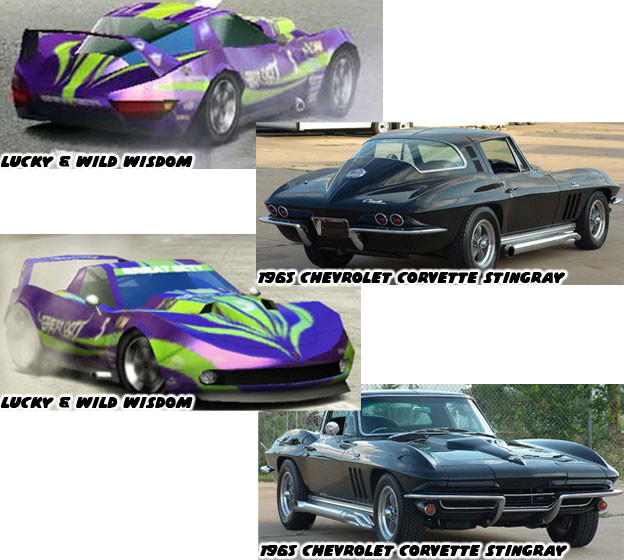 I place the Ridge Racer cars on a pedestal and for good reason. Very few game developers had bothered to spend as much time as Namco in creating and curating a library of fictional cars. Many of which were every bit as memorable as real cars. At worst they could be called copycats but at best they would actually be good predictors of trends. The next blog will highlight the creative capacity of the Namco employees. I hope to see you back for that. If you would like to sponsor me please visit my Patreon page and consider donating each month, even as little as $1 would help make better blogs and even podcasts!